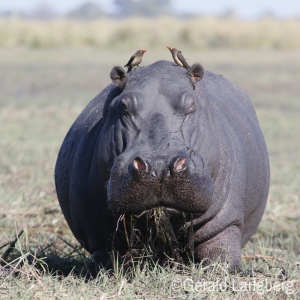 Kitulo Plateau National Park
Kitulo Plateau is known locally as “God’s Garden” or the “Serengeti of Flowers”. This park has over 350 species of plants including 45 species of orchids. The park is also home to many important and rare bird species and some of the worlds rarest butterflies.

Rubondo Island National Park
Rubondo Island is in a small corner of Lake Victoria. The park provides a variety of habitats ranging from savannah to open woodland, dense forest, swamps and sandy beaches. There is also a wide variety of animals including bushbuck, crocodile, elephant, genet cat, giraffe, hippo, mongoose, vervet monkey and the reclusive sitatunga – a shaggy aquatic antelope.

Saadani National Park
Saadani National Park is Tanzania’s first coastal wildlife sanctuary and is located on the coast of the Indian Ocean. The park contains many species of animals including hartebeest, elephant, cape buffalo, hippo, crocodile, lion, leopard, hyena, giraffe, kudu, warthog, waterbuck, wildebeest and the rare Roosevelt Sable (a type of antelope). Bottle nose dolphin are common off the Southern coast of the park, whales pass through the Zanzibar Channel, and green sea turtles breed at Madete Beach.

We specialize in designing safaris to meet the wishes of our clients. When you work with us, we are with you from “booking to boarding and beyond”! Contact us today to set up your custom safari!